I have heard people say, “Uneducated, young,single woman get pregnant so they can claim welfare and not have to work”, but what many people fail to understand is, having children while young and single is not really a choice for some women, but a matter of survival, especially when you do not know any other way.

I went to a “Bad” school, a place where you would get your face cut for getting an “A” in a test. I learnt to survive by acting tough, wearing a leather jacket, too many earrings and making myself invisible. I must have been good at the invisible part, because by the time I was fourteen years old, I was walking out of school in the middle of the day, right under the teacher’s noses. Looking back, I think they may have seen me and knowing, I was a good kid trying to survive, didn’t blame me for leaving the hell hole I was supposed to attend each day. Years later, when I was in university (after a hard slog to get there) I returned to my home town and bumped into a couple of ex-pupils from my old school.  Guess what? They all had children and quite a few of them.

When, my ex-class mates found out I was in university, they sneered at me, “At least, they can’t cut my face now, right?” I thought, as I took a couple of steps backwards (Old habits die hard). They, began to boast about how better off they were than me due to all the government benefits they were in receipt of. Yep, these young woman were having children to get welfare.

Before, you judge these ex-classmates of mine you need to know, these girls had it tough. Growing up on the poorest housing estates where unemployment was high and violence was a way of life. Add to this, generations being let down by a failing educational system and you have a recipe for children growing up with low self-esteem, low aspirations and low expectations for themselves and life in general. My own mother, was a single mum. She was also an university lecturer. She had come from a poor background, but managed to get a “Good” education in a local Grammar school. Unlike my ex-classmates, our house was full of books and classical music. There were trips to the theatre once a month, mostly Shakespeare,(A favourite of mine even at thirteen years old) and of course, we lived in the good part of town. If, I had come from a family like a lot of my ex-classmates had, I too, might not have imagined a life for myself other than having children and being on Welfare. 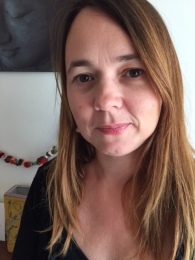 Hi, I am Luminara King and I am happy you are here.

Join me on the journey to Dream Ourselves Awake. Wake up to all the belief systems we carry and set ourselves and those around us free.

My articles have been published in: